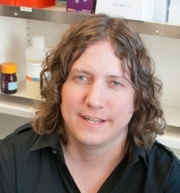 https://physiology.case.edu/person/michael-r-bruchas/
Professor
Center for Neurobiology of Addiction, Pain, and Emotion
Department of Anesthesiology and Pain Medicine
Department of Pharmacology
Adjunct Professor of Bioengineering
University of Washington

Michael Bruchas received his B.S. in biology and his Ph.D in pharmacology from Creighton University in 2004 and a postdoctoral fellowship in neuroscience at the University of Washington, where he examined how endogenous opioids impact stress, depression, and addiction. Dr. Bruchas’s laboratory focuses on how brain circuits are wired, how they communicate via neuromodulation, and to develop new neuroscience tools.  His laboratory’s discoveries have been published in Science, Cell, and Neuron and have been featured on Public Radio, in The Wall Street Journal, Nature, The New Yorker, The Smithsonian, and Popular Science.  He has awards including the NIH Director’s Transformative Research Award, an NIH EUREKA Award, the Young Investigator Award from the International Narcotics Research Conference, and NIH BRAIN Initiatives for tool development in dissecting brain circuits.  In 2018, he was awarded the NIH-MERIT award from NIDA, the Rising Star Award from the Mahoney Institute of Neuroscience, and the SfN – Jacob P. Waletzky Memorial Award for cutting-edge research in addiction.  Dr. Bruchas is also co-founder of a neurotechnology company Neurolux.  Dr. Bruchas resides with his wife and daughter in the Fremont – Seattle and loves travel, food, craft beer and wine, all types of music, books, the outdoors and cycling. 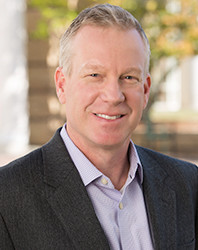 William (Bill) Carlezon, PhD, is a Professor of Psychiatry and Neuroscience at Harvard Medical School.  His lab is based at McLean Hospital, where he serves as Chief of the Basic Neuroscience Division and Director of an NIMH Silvio O. Conte Center focusing on interactions between traumatic stress and sleep.  Dr. Carlezon is primarily interested in the biological basis and treatment of neuropsychiatric illness, specifically nature/nurture issues as they relate to the brain and the basic processes by which the brain develops and is modified in response to experience.  His lab is currently studying how the environment affects behavior and the biology of the brain, and developing and implementing more objective endpoints (including sleep) for analysis.  “Environment” can mean many things, including exposure to drugs of abuse, stress, trauma, toxins, or illness.  This work is relevant to many types of neuropsychiatric disorders, including addiction, depression, anxiety, PTSD, and autism.  He has received numerous awards for his research, including the Presidential Early Career Award for Scientists and Engineers (PECASE) from President George W. Bush, the Jacob P. Waletzky Award for Innovative Research in Drug Addiction and Alcoholism from the Society for Neuroscience (SfN), and the Daniel Efron Award from the American College of Neuropsychopharmacology (ACNP).  He is Editor-in-Chief of Neuropsychopharmacology (NPP), and a chartered member of NIDA’s Board of Scientific Councilors. 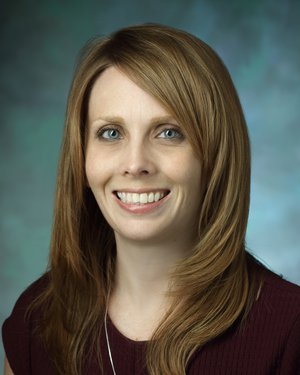 Kelly E. Dunn, Ph.D. is an Associate Professor in the Behavioral Pharmacology Research Unit within the Department of Psychiatry and Behavioral Sciences in the Johns Hopkins University School of Medicine. Kelly received her M.S. in Applied Biopsychology from the University of New Orleans (2005), her Ph.D. in Human Behavioral Pharmacology from the University of Vermont (2009), and her MBA from the Johns Hopkins Carey School of Business (2019). Kelly’s primary interest is in opioid use disorder and her work has been funded predominately by the National Institute on Drug Abuse. She is the PI on three R01s grants to conduct human behavioral pharmacological studies related to OUD, as well as an UG3/UH3 and an R34 grant to examine treatment approaches for OUD, and an R01 examining novel treatments for cocaine use disorder. She is also Co-I on several additional human behavioral pharmacology studies and was previously awarded an R21 for work related to opioid overdose. Kelly has served in leadership roles in organizations that support research on substance use disorder. This includes the College on the Problems of Drug Dependence, for which she is the current chair of the Program Committee. She has also been on the executive board of Division 28 (Psychopharmacology and Substance Use) for the American Psychological Association for 10 years and is the current President Elect of that Division, as well as a member of the Board of Convention Affairs for the parent APA organization. Finally, she is the Co-Editor of the Journal of Addiction Medicine, is a consulting editor for Addictive Behaviors, and serves on editorial boards for Experimental and Clinical Psychopharmacology and Journal of Substance Abuse Treatment. 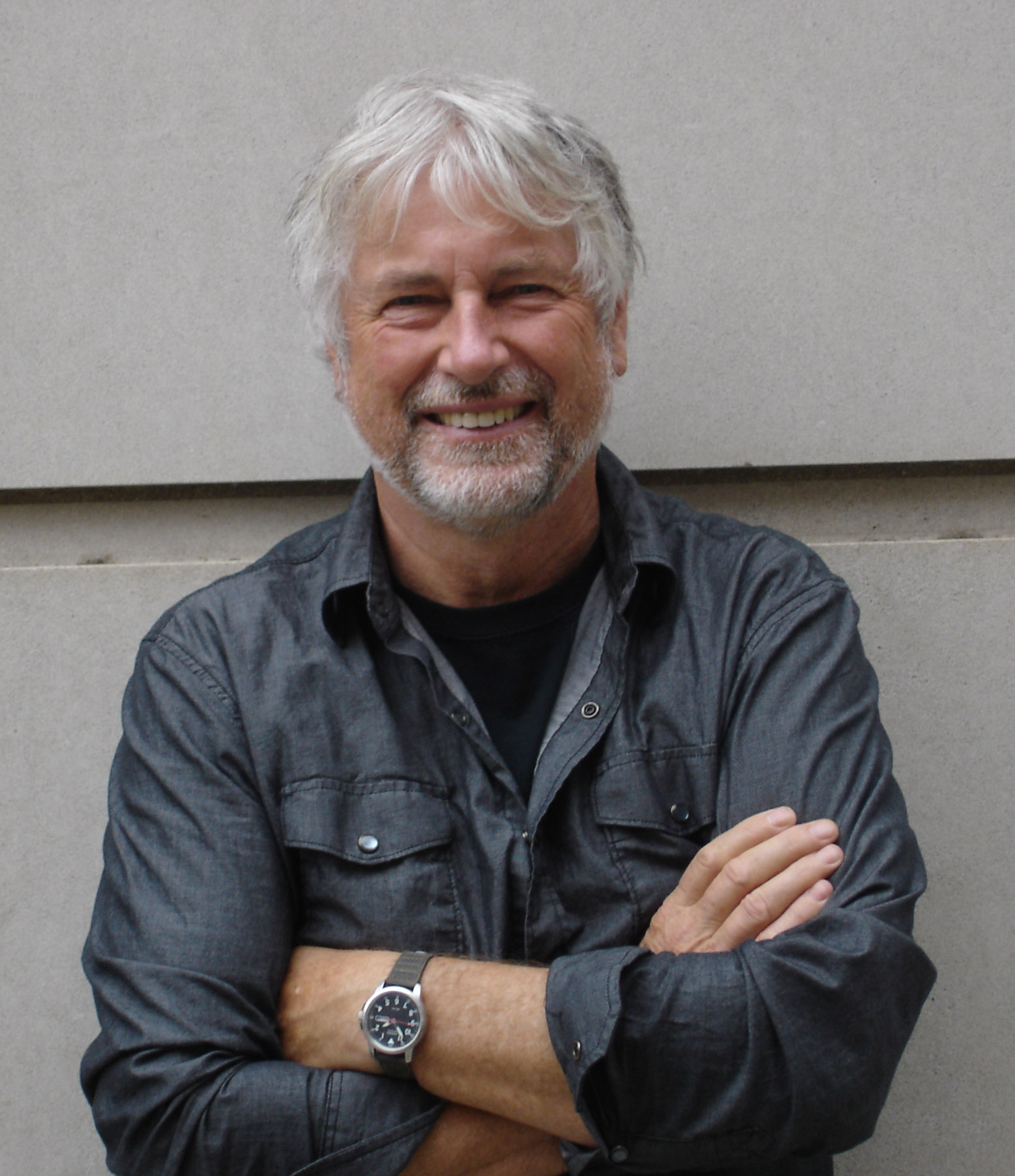 Dr. Evans is a Full Professor in the Departments of Psychiatry and Psychology at UCLA and holds the Stefan Hatos Chair for Neuropharmacology.  He received his Ph.D. in peptide chemistry from the Medical Research Council institute and Imperial College in the UK working on enkephalin analogues and endogenous opioid precursor processing.  Dr. Evans completed his postdoctoral training at Stanford University with Dr. Jack Barchas and then moved to UCLA where he has continued his research on the opioid system.  Dr. Evans was director of the UCLA Brain Research Institute from 2014-2017 and is currently director of the Hatos Center for Neuropharmacology.  His research has been supported by the Center for Opioid Receptors and Drugs of Abuse (CSORDA), an NIH-center that he directs which has been continuously funded by an NIH P50 Center of Excellence grant for the past 33 years.  Dr. Evans research accomplishments have included the identification and characterization of novel endogenous opioids (endorphins and enkephalins), the cloning of the first opioid receptor and the formative studies demonstrating opioid agonist bias.  His recent research focuses on the brain circuits that sustain opioid reward-related behaviors, both in terms of brain adaptations to chronic drug-taking and relief of negative affect using a combination of mouse genetics, cell biology and pharmacology.

Dr. Adam Kaplin is the Chief Psychiatric Consultant to the Johns Hopkins Multiple Sclerosis Center of Excellence and the Clinical Director of the Johns Hopkins Psychiatric Esketamine Clinic. He graduated magna cum laude from Yale University before receiving his medical degree and Ph.D. from The Johns Hopkins School of Medicine, where he was a Medical Science Training Program awardee. He went on to complete an internship in internal medicine at Johns Hopkins Bayview Medical Center and a residency in psychiatry at Johns Hopkins Hospital, where he served as the chief resident of psychiatry. Dr. Kaplin researches the immune-mediated basis of depression and cognitive impairment in Multiple Sclerosis and related CNS autoimmune diseases. He is also active in the development and testing of mental health information technology, and is the inventor and co-developer of www.mood247.com— an automated Web and SMS coordinated mood tracker and mobile electronic health diary.

Dr. Kenny is the Ward-Coleman Professor and Chairman of The Nash Department of Neuroscience and Director of the Drug Discovery Institute at the Icahn School of Medicine at Mount Sinai. Dr. Kenny is also co-founder of Eolas Therapeutics Inc., a company focused on developing novel medications for drug addiction. Dr. Kenny serves as a Senior Editor for The Journal of Neuroscience and on the advisory council for the National Institute of Drug Abuse (NIDA). Dr. Kenny is a graduate of Trinity College Dublin, where he earned a degree in Biochemistry. He completed his Ph.D. in neuropharmacology at King’s College London. Dr. Kenny completed his postdoctoral training at The Scripps Research Institute in La Jolla, CA. Prior joining the Icahn School of Medicine at Mount Sinai, Dr. Kenny was on the faculty of The Scripps Research Institute in Jupiter, Florida. Research in Dr. Kenny’s laboratory is focused on understanding the molecular neurobiology of drug addiction, obesity and schizophrenia. Dr. Kenny has received numerous awards for his research, including the Daniel H. Efron Research Award from the American College of Neuropsychopharmacology (ACNP), the Jacob P. Waletzky Memorial Award from the Society for Neuroscience (SfN), Distinguished Investigator Award from NARSAD, and the Tom Connor Distinguished Investigator Award from Neuroscience Ireland. 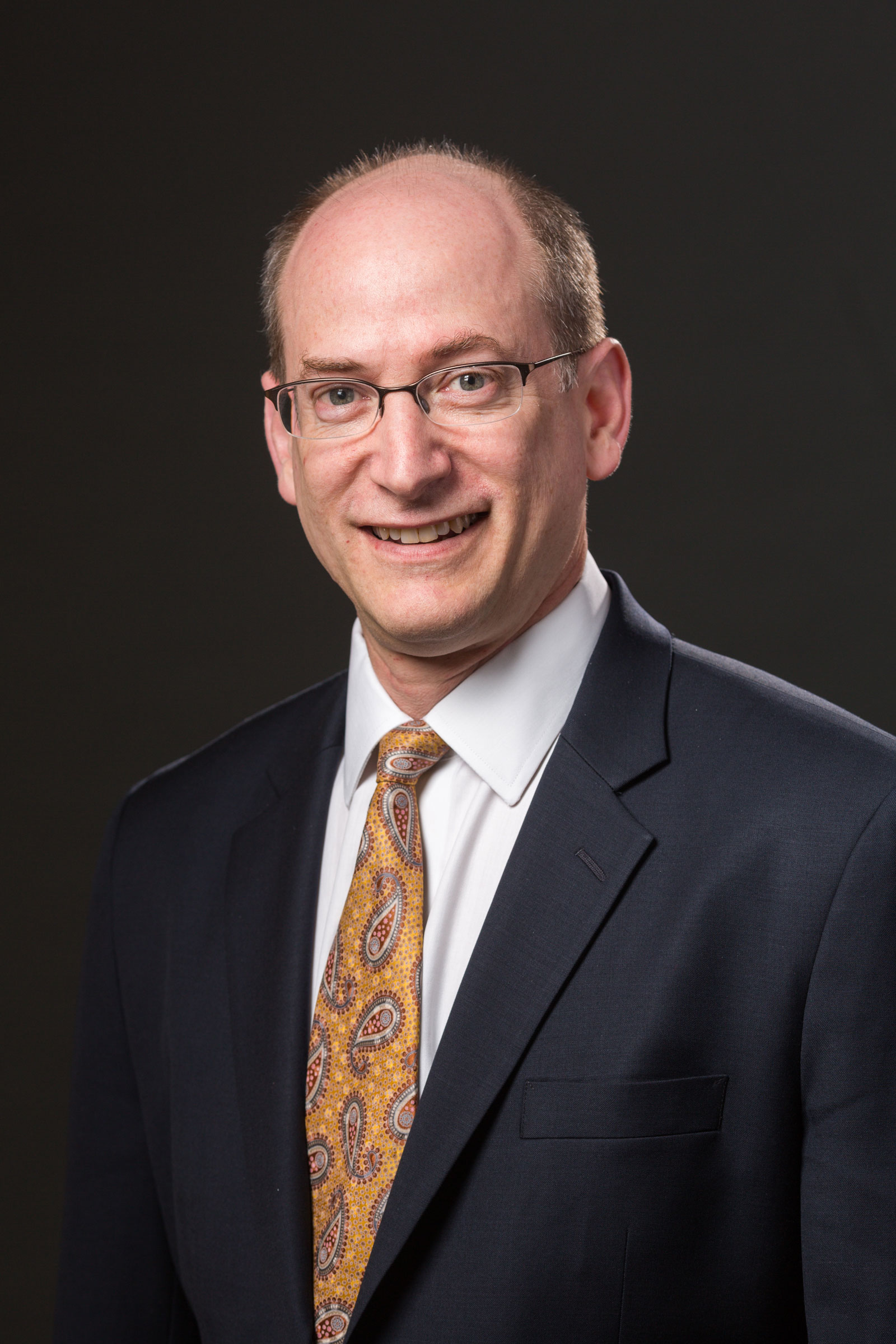 Dr. Krystal is the Robert L. McNeil, Jr., Professor of Translational Research; Professor of Psychiatry, Neuroscience, and Psychology; Chair of the Department of Psychiatry at Yale University; and Chief of Psychiatry and Behavioral Health at Yale-New Haven Hospital.  He is a graduate of the University of Chicago, Yale University School of Medicine, and the Yale Psychiatry Residency Training Program.  He has published extensively on the neurobiology and treatment of schizophrenia, alcoholism, PTSD, and depression. Notably, his laboratory discovered the rapid antidepressant effects of ketamine in humans. He directs/co-directs the Yale Center for Clinical Investigation (CTSA), NIAAA Center for the Translational Neuroscience of Alcoholism, and Clinical Neuroscience Division of the VA National Center for PTSD. Dr. Krystal is a member of the U.S. National Academy of Medicine. Currently, he is a member of the NIMH National Mental Health Advisory Council; co-director of the Neuroscience Forum of the U.S. National Academies of Sciences, Engineering, and Medicine; and editor of Biological Psychiatry (IF=11.5). He is past president of the American College of Neuropsychopharmacology (ACNP) and the International College of Neuropsychopharmacology (CINP). 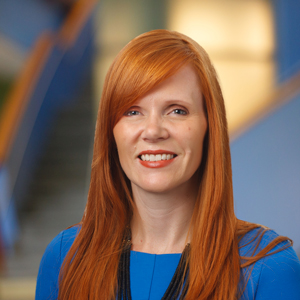 Courtney Miller, PhD, is an Associate Professor in the Departments of Molecular Medicine and Neuroscience at Scripps Research. The primary focus of Dr. Miller’s lab is the discovery and development of therapeutics for diseases and disorders of the brain. Dr. Miller’s lab is currently developing medications to prevent substance use relapse and to treat glioblastoma multiforme. Dr. Miller’s efforts have been recognized in a variety of ways, including being selected as a Fellow in the Kauffman Foundation Venture Capital Program, named Scripps Outstanding Mentor of the Year, and awarded the prestigious Presidential Early Career Award for Scientists and Engineers (PECASE) by President Obama for her work in addiction. Dr. Miller also has a passion for advancing women in science and, in 2007, co-founded the Professional Women’s Nexus (PWN), driven by the mission of retaining women and other underrepresented groups in the higher ranks of science. PWN currently has a membership of nearly 1,000 female scientists.

Dr. Nestler is the Nash Family Professor of Neuroscience at the Icahn School of Medicine at Mount Sinai in New York, where he serves as Dean for Academic and Scientific Affairs and Director of the Friedman Brain Institute. He received his B.A., Ph.D., and M.D. degrees, and psychiatry residency training, from Yale University. He served on the Yale faculty from 1987-2000, where he was the Elizabeth Mears and House Jameson Professor of Psychiatry, Pharmacology, and Neurobiology, and Director of the Division of Molecular Psychiatry. He moved to Dallas in 2000 where he was the Lou and Ellen McGinley Distinguished Professor and Chair of the Department of Psychiatry at The University of Texas Southwestern Medical Center until moving to New York in 2008.

Dr. Nestler is a member of National Academy of Medicine (1998) and a Fellow of the American Academy of Arts and Sciences (2005). He is a past President of the American College of Neuropsychopharmacology (2011) and the Society for Neuroscience (2017). He is a founder and scientific advisory board chair for PsychoGenics, and a member of the Board of Directors of Berg Pharma. The author of more than 600 publications and five books, the goal of Dr. Nestler’s research is to better understand the molecular basis of drug addiction and depression. His research uses animal models of these disorders to identify the ways in which drugs of abuse or stress change the brain to lead to addiction- or depression-like syndromes, and to use this information to develop improved treatments of these disorders.

Read about our Research Scientist’s goals